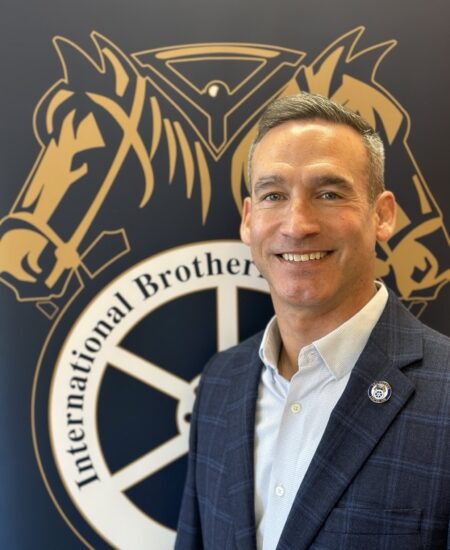 A letter from the desk of the Secretary-Treasurer

Grow or die; that is a common phrase heard in the labor community.  This past year, Local 350 made it our priority to find opportunities to grow, and succeeded in organizing multiple units, big and small.  An unstable economy, a contentious labor climate, and an unwavering goal to organize, turned out to be the perfect storm for us.  As a result, our Local 350 family grew significantly.

We gained new clerical members at California Waste Solutions, Republic Half Moon Bay/Ox Mountain, and Recology of the Coast.  These are all groups that we either never represented before, or only represented part of the group.  These new members saw how their peers were benefiting from being part of Local 350 and decided to get in on the action.

In addition to our new clerical members, we gained members at the Recology South Valley organics yard in Gilroy, a unit consisting of laborers, equipment operators, and scale house workers.  Soon after organizing that group, we began organizing campaigns with several units that we historically have not had much success organizing; the mechanics at South San Francisco Scavenger Co., and the drivers and mechanics at Green Waste in Palo Alto.  Not surprisingly, this was the year for positive results, and we won both elections overwhelmingly.

Meanwhile, we maintained our high standard of representing members in negotiations with several major contract wins.  Local 350 negotiated multiple industry leading contracts during the year.  One of our goals was to bring parity to the four north San Mateo County units, who have historically made less than the rest of the county.  We succeeded in doing that with all four units, culminating with South San Francisco Scavenger Co. and Recology of the Coast early in the year.  Not long after that, our members at Recology Sunset and Golden Gate approved a contract that continues to be the gold standard in the industry.  Since then, we also bargained incredible contracts at Green Team/West Valley and California Waste Solutions, which continue to accelerate the area standard in the south bay.

Throughout the year employers put our grievance skills to the test by unjustly firing members. Recology San Francisco was a particular problem for us; they fired four members for violations that could have easily been resolved without termination.  We promptly filed grievances for all four members, and after the company refused to reinstate the members during the initial grievance meeting or federal mediation, we requested arbitration.  So far, we have won three of the four arbitrations, with the arbitrator reinstating all three members with full seniority and backpay.  We are anxiously waiting for the results of the fourth arbitration and hope for another win.

We had similar results in the south bay at Specialty in Sunnyvale.  Again, we had several members terminated for less than terminable offenses, and after the company refused to bring the members back during the grievance process, we filed for arbitration.  In this case, after we won the first arbitration, the employer was willing to agree to a settlement to bring back the second member, wishing to avoid another arbitration.

All the while, we never stopped doing the political work that Local 350 is known for.  We continued engaging with elected officials at the local, state, and even federal level; all with the goal of protecting and creating jobs and improving the lives of working families.  We remain steadfast in our mission to improve the working standards for members in all the industries we represent: Solid Waste and Recycling, Linen, and Public
Services.

It is our honor and pleasure to represent the members of Local 350, and we are grateful for the privilege of doing so.  And while we reflect on what we have accomplished in the past year, we are already looking ahead, ready to charge forward into 2023 with new goals and ideas.

Have a safe and happy holiday season, and remember, fight together, win together!