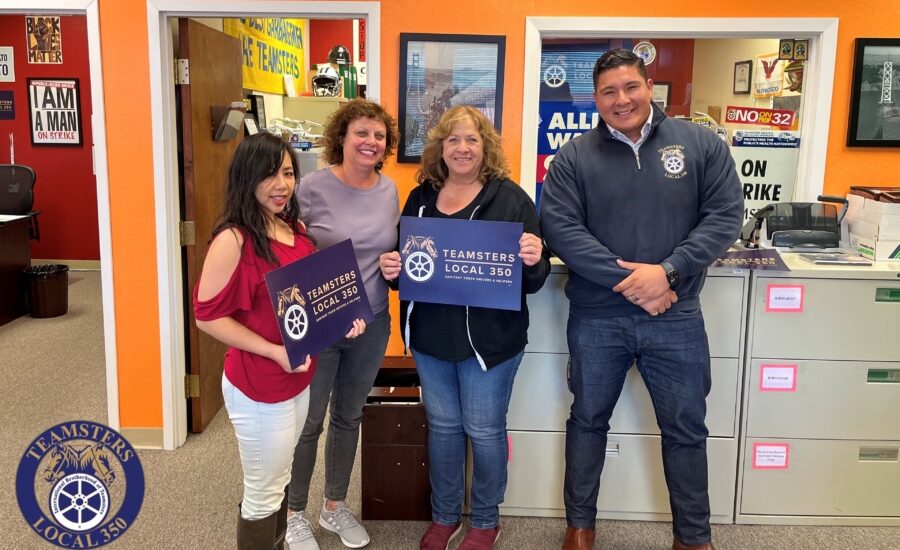 On September 19, 2022, the three-person clerical unit at Recology of the Coast in Pacifica, CA, voted to ratify their first-ever agreement with the Teamsters Local 350. The unit had initially voted to join the Local Union in May of 2022.

“I am thrilled to be part of the strong bond and support of the Brotherhood and Sisterhood of the Teamsters Union!” said Bernadette Chursin, a four-year employee and bargaining committee member.

Upon ratification, the three new members will see the largest increases ever received and an additional increase in November 2022. The agreement will also provide the employees with one-hundred percent Employer Covered health care benefits with a transition into Teamsters Benefit Trust by the end of the agreement, pension contributions to the Western Conference of Teamsters, and, most importantly, a voice on the job.

“When we first met with this unit, it was evident that their wages were lower than their union counterparts and that had to be addressed. But the true catalyst in these workers’ organizing was the working conditions and environment that had gone unchecked. Aside from being paid what they deserve, the level of dignity and respect each individual worker gets at their workplace is just as important,” said Business Representative Robert Sandoval.

Teamsters Local 350 collaborated with Teamsters Local 324 in Salem, Oregon, who was simultaneously bargaining a newly organized Recology organics unit with the same attorney Recology employed, which proved effective for both respective units.

“I want to express gratitude to Waste Division Representative Larry Daugherty for coordinating this collaboration between our Local Unions to show the Company that if there were going to be a problem up in Oregon, they’d have an issue down here and vice-versa. Ultimately, we achieved everything we were looking for, and our members are now in a much better place overall.” said Business Representative Robert Sandoval. 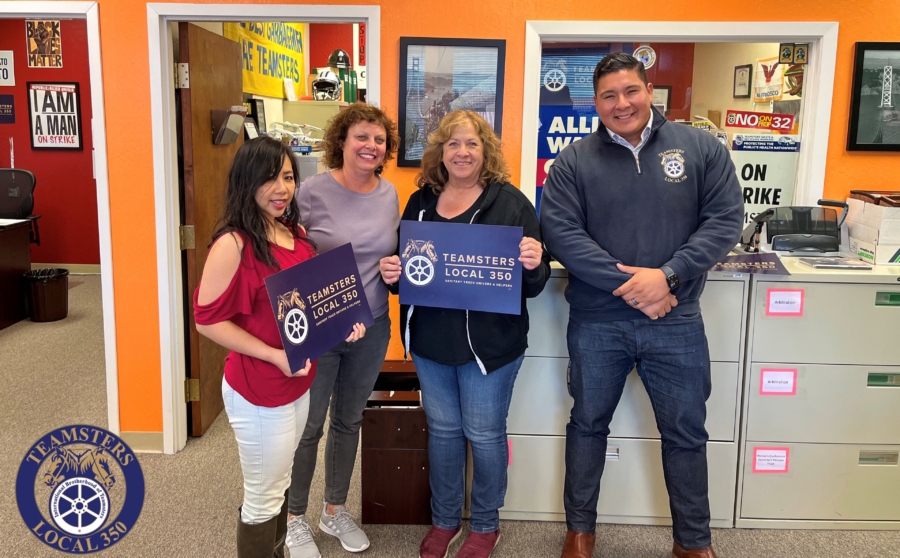