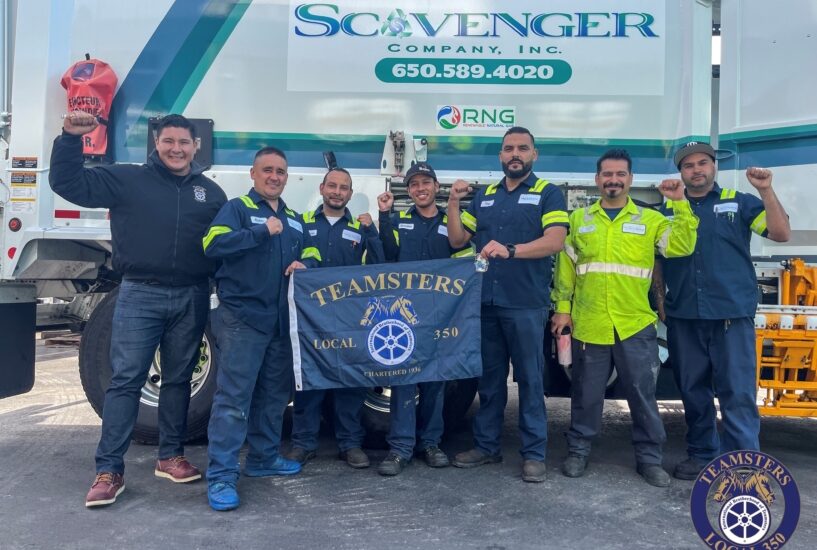 “I want to commend these workers for their courage and thank them for their genuine curiosity about what it meant to be in a union, to be represented,” said Robert Sandoval, Local 350 Business Representative. “These conversations led to a lot of quality questions that I appreciated. It showed the change in the mindset of the general workforce, and these workers who make the operations run want to know their rights and what can be afforded to them personally through collective bargaining.”

The mechanics at the South San Francisco Scavenger Company were one of the few remaining non-union workers within Local 350’s jurisdiction. They will now join with co-workers who are already represented by Local 350.

“For years, they’ve witnessed the vast improvements in working conditions and wages that we bring during negotiations for their co-workers’ contracts. It is now their time, and I am proud to welcome them to the Teamsters Local 350 family,” Sandoval said.

The nine-worker unit voted by mail and ballots were tabulated Aug. 17.

Jesus Antonio (Tony) Alvarez, an employee of seven years, led the charge and was one of the biggest union proponents throughout the extended election due to the mail-in voting.

“Despite the challenges and hardships that come with unionizing, we are proud and excited to become part of Teamster brotherhood,” Alvarez said. “By joining Local 350, we will no longer be living in the shadows of mismanagement. We will now have a voice, and our work will be respected. Thank you, Teamsters Local 350, for taking on the challenge of representing us in our future endeavors.”

Local 350 has requested bargaining dates from the company to begin negotiations for a first contract.

“Our focus has been to continue to build union density in this division and to organize the unrepresented classifications in locations where we already have members under contract,” said Chuck Stiles, Director of the Teamsters Solid Waste & Recycling Division. “We want to make sure that we go after all facets of these waste companies and represent them wall to wall. This is a great example of building that with this victory at Local 350.” 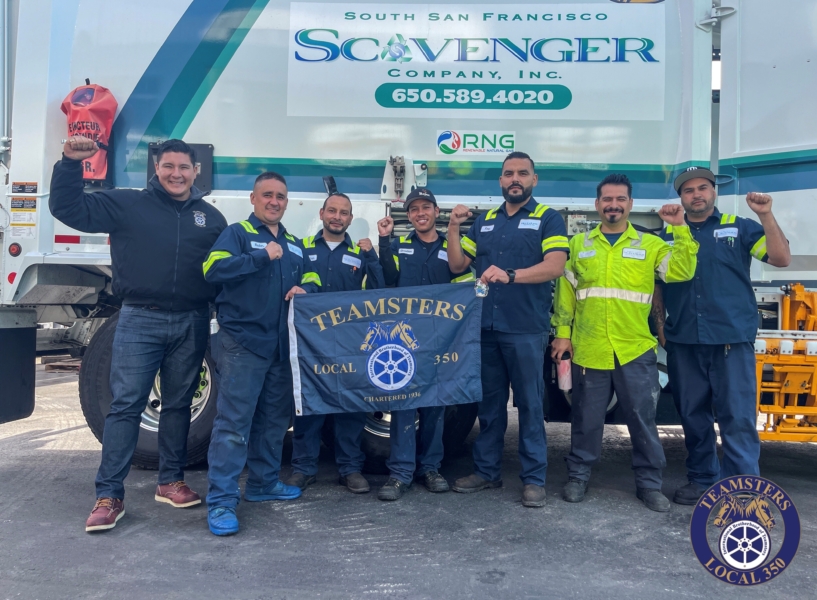