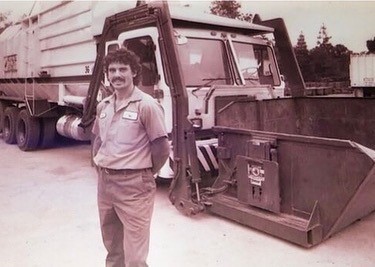 “I have always enjoyed getting up early in the morning to do my job and talking to my customers." said Brother Antero “Terry" Ascenso, who is a forty-two (42) year veteran commercial garbage truck driver for the Waste Connections GreenTeam of West Valley unit in San Jose. “I pick up a lot of schools and love it when the kids come out to see the truck and talk to me, or they just wave!"

Brother Ascenso's path to where he is now began in 1974 at the age of sixteen (16) when his mother decided to immigrate from the Azores Islands of Portugal to the United States for a better future and life. The oldest sibling out of five (5), Antero, would begin to convert his dream of a better future to reality. He started getting to work the same day he arrived by working his uncle's dairy farm in Elk Grove. After several years, he would move to San Jose and start his career in the garbage industry on September 1, 1979, with Green Valley Disposal, at the time a non-union company.

“I came to this country in 1974 and was not able to go to school since I had to provide for the family. I started this job as a way to make a living to support my family as there was not much available for those wages that didn't require an education."

Green Valley Disposal would sell to Waste Management a little over two decades later, which is when the unit voted in to join the Teamsters Local 350 family. Several years after, Waste Connections would take over the work.

“Back then, there was no union, but since I joined the brotherhood of Teamsters Local 350 – they've been like my brothers. I feel like I have people who look out for me and my job, much like family. The benefit of great medical insurance has always been there for my family and me and my wages that help me support my family. I always try to let new brothers know not to be afraid to reach out to the union because they're always there for you."

While on this journey, he has also been supported by his wife, Gabriela, of forty-four (44) years, along with his three (3) daughters, Adriane, Melissa, Emily, and their six (6) grandchildren, and three (3) honorary grandchildren.

“One of my biggest accomplishments was getting a gold watch for my twentieth (20th) anniversary – I have it as a reminder of all the hard work and sacrifice I've put in. I love my job and working with my crew. That is something I will miss when I retire." 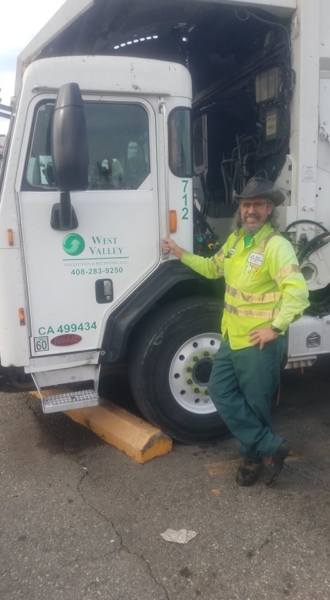