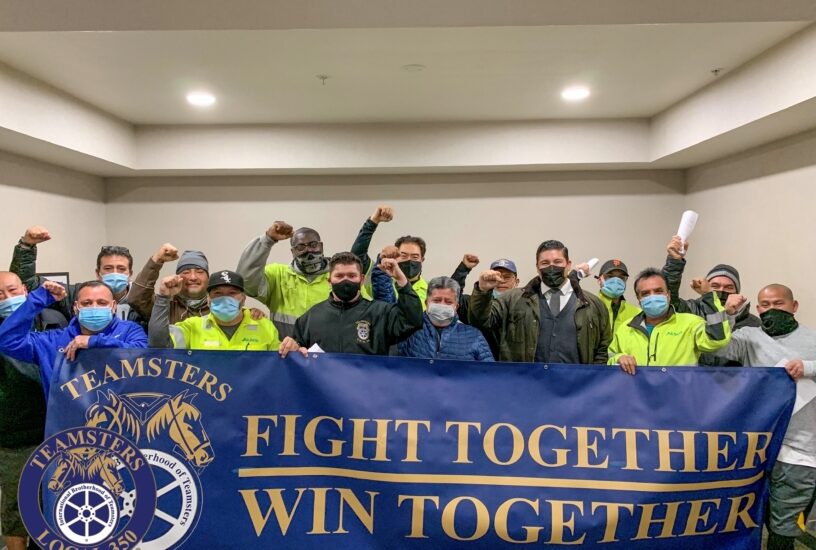 On December 28, 2021, the seventeen-member unit at the American Linen & Supply Company, also known as ALSCO, resoundingly voted to ratify a new five-year CBA with only one dissenting vote. The bargaining team was led by Business Representative Robert Sandoval and Brother Eric Taylor, a twenty-two (22) year veteran.

“Throughout the pandemic, it became evident that there were areas for significant improvement, and language that could be shored up to enhance worker protections, including increasing recall rights, respecting seniority through the bidding procedure, shortening the break-in period for new hires and of course ensuring that our members received a significant increase in wages, pension, and increase in yearly employer contributions to the health & welfare for providing essential services,” said Brother Robert Sandoval.

“We are proud to represent this group of workers – they are just as important as any of our respective brothers and sisters in different industries. Without them, hospitals wouldn’t have been properly supplied and stocked. The businesses that were fortunate to remain open during the pandemic also relied heavily on these Route Sales Representatives to ensure their work could operate properly. That point seemed to have been a bit lost at first with the Employer during negotiations given the proposals they had made, but I am pleased to report that they came around to realize the importance of the work of our members and the value they bring to the community.”

Highlights include the largest wage improvements the unit has ever seen with nearly a five-percent (5%) increase upon ratification, with retroactive pay to November 1, 2021, and increases of varying percentages above
three and a half (3.5%) percent for the ensuing years. Additionally, the members will gain the largest pension contributions of almost eight percent (8%) the first year, with thirty cent increases each year thereafter.

“I’ve been in four (4) contract negotiations, and I’d just like to say thanks to Brother Sandoval’s persistence and ‘don’t settle for anything less than what our members deserve attitude.’”, says veteran driver Brother Taylor, “In the over twenty (20) years I’ve worked at ALSCO – this is hands down the best contract we’ve ever received. Thank you to Brother Sandoval and the rest of Local 350 for what you all do for us.” 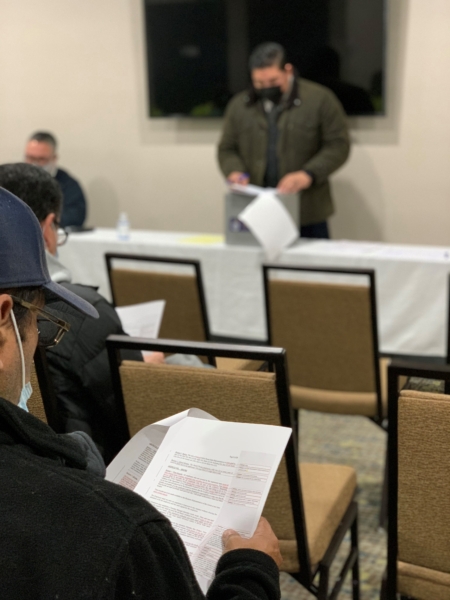 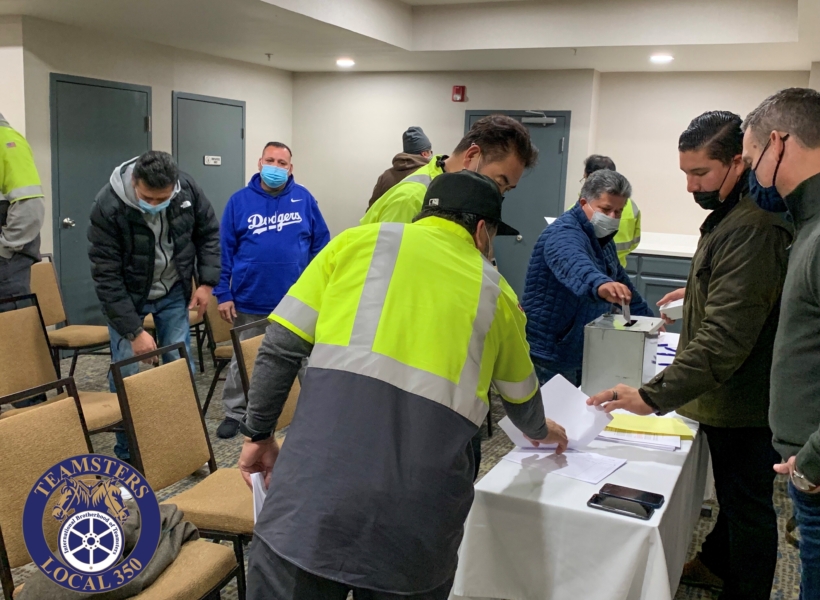 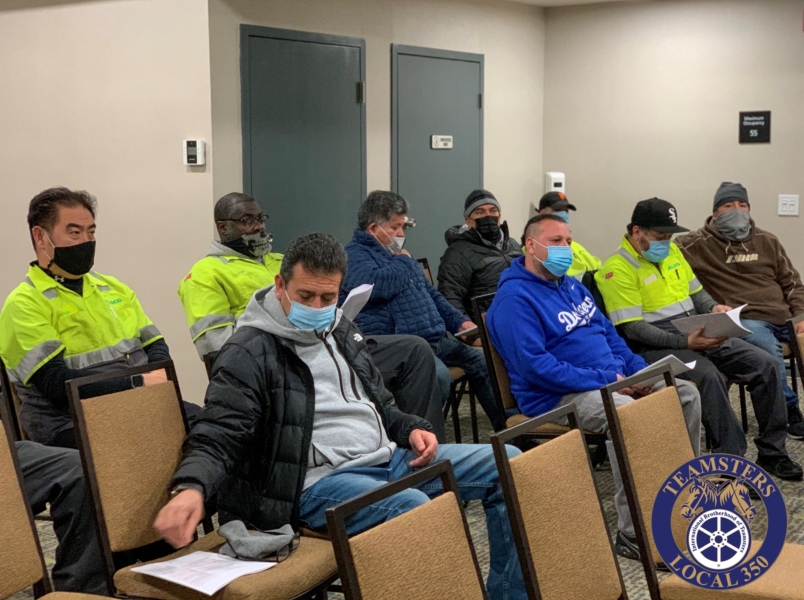 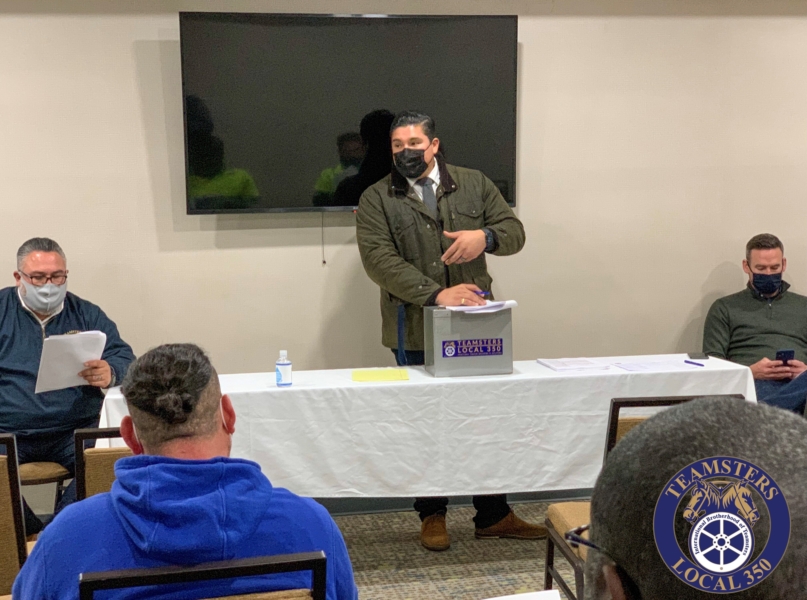 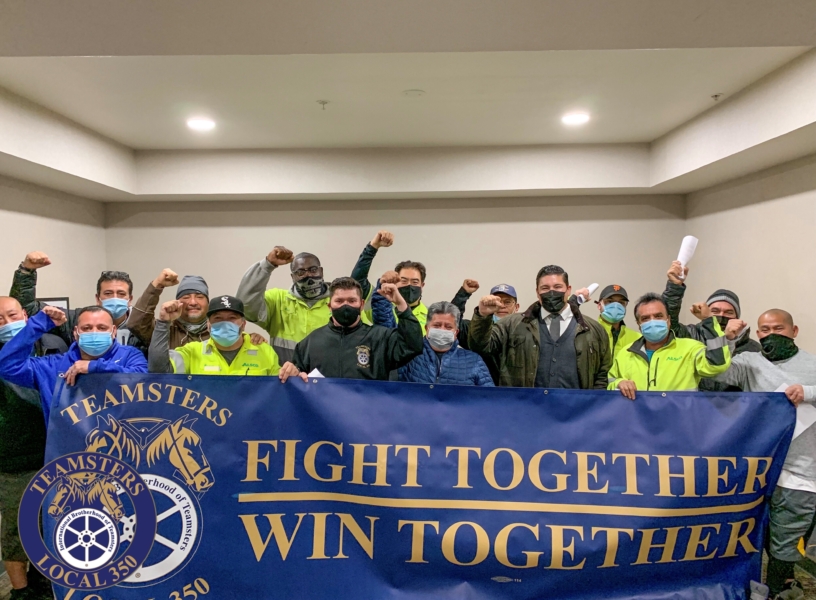