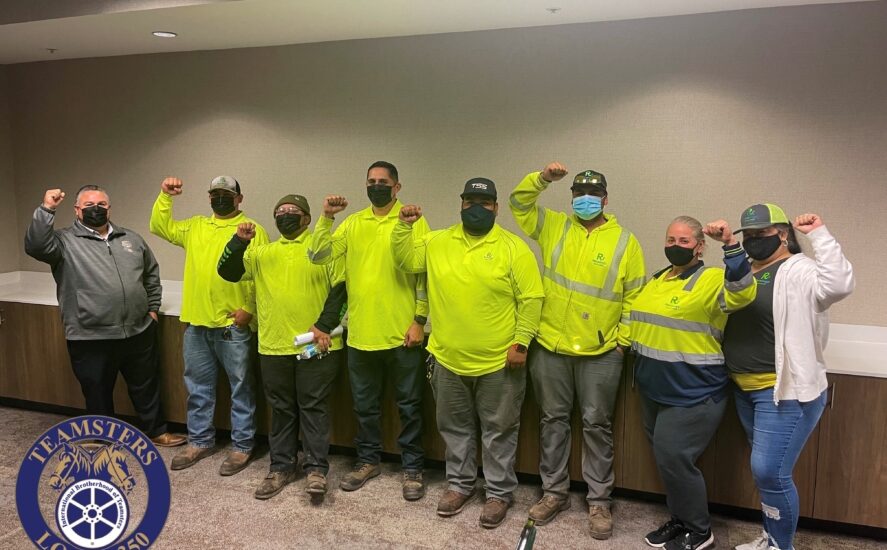 “Organize, Organize, Organize – that’s been the rally cry of the Teamsters organization and a number one priority for me as an officer of Local 350,” said President Sergio Arrañaga. “This brave unit of women and men
knew that by organizing and joining the fold was the only way to ensure their own contract with a good economic and worker protection language that they’ve never had before.”

This small Recology unit had been one of the last remaining non-union holdouts in the jurisdiction of the Local Union but had long seen and heard the benefits of their then fellow Recology union-counterparts. “They’ve witnessed firsthand the good quality of life that comes with a Teamster contract when our members would go up to their facility and tell them all the benefits they had. With COVID-19 and the uncertainty of an at-will employee, they wanted their own voice and I’m proud to say, have joined the family, congratulations to them!”

The interest had been brewing for some time by this unit, but as with most of the world, COVID-19 put a halt to plans. Brother Aaron Tobia, an over five-year employee, was determined to see this through and join Local 350.

“My fellow coworkers and I wanted to join Teamsters Local 350 because we wanted to have worker protection, wanted to plan for our futures and have union benefits for our families. Aside from that, having a voice, a
real voice on the job with the backing of a union that’ll be heard when there are issues within the work place and building a better work environment.” said Aaron Tobia.

This unit consists of laborers, utility operators, equipment operators and weighmasters that receive approximately 40,000 tons of yard trimming from residents in the South Bay Area.

“Joining Teamsters Local 350 brings us excitement for a new beginning, eagerness to have a voice and we feel privileged for this opportunity. 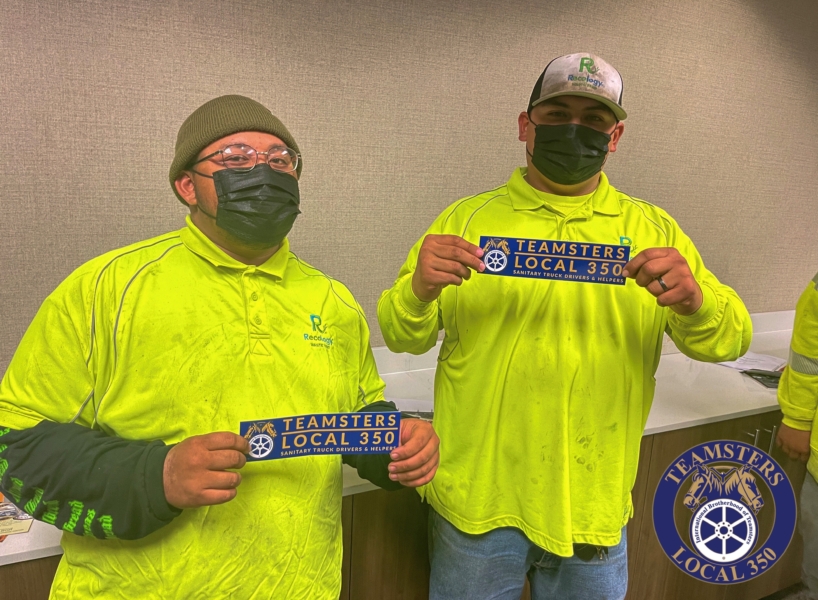 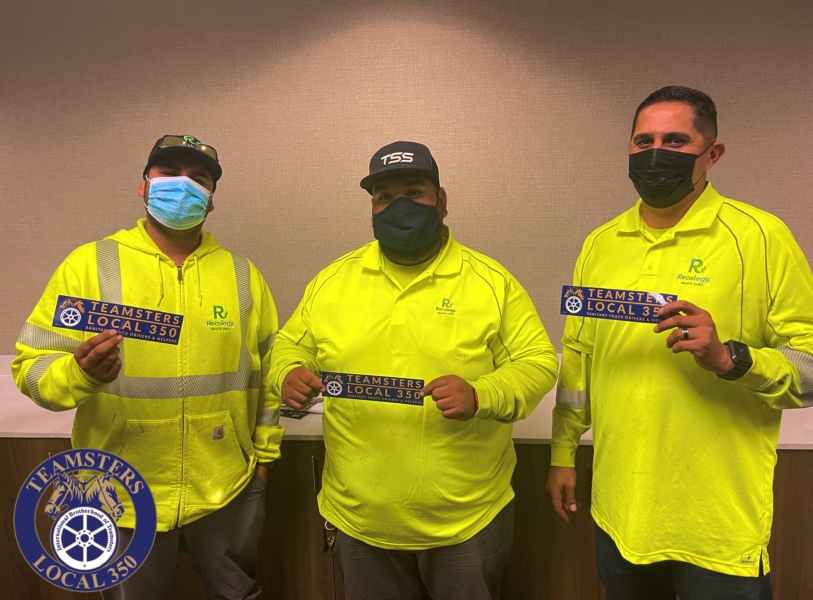