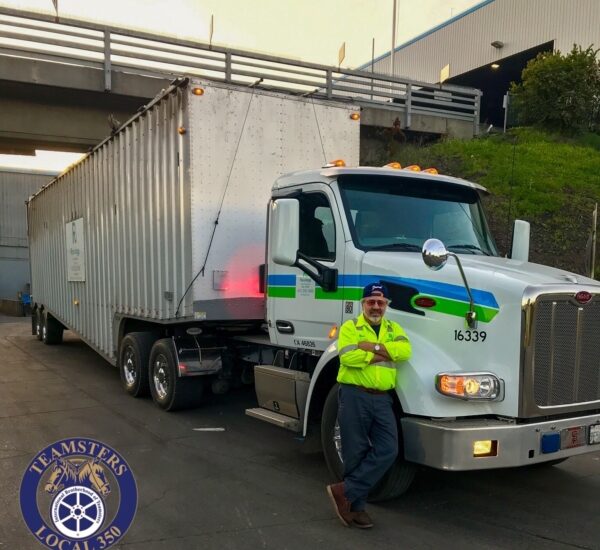 “My father showed me how to pull the truck up while on the route during the summertime when I was thirteen (13) years old. I have a lot of great memories of riding with him – watching him shift gears, tie-down produce loads until he switched to hauling garbage for Mill Valley Refuse Services." recounts veteran Recology San Francisco Long Haul driver and Teamsters Local 350 member Brother Jesus Mendoza. “That's what drove my career path: watching my dad, and my uncles. It was something that always interested me and, after high school in 1975, I went to work for that same exact company for three and a half years and that’s when I first became a Teamster with Local 624 Novato.

That was how the story of Brother Mendoza’s career began. It’s also how many of our fellow brothers and sisters' journeys start in this industry. Many of our members gain their strength and work ethic through the generations before them. Brother Mendoza says he had “worked and drove non-union dump trucks from 1979-1980, but the work was not steady, wasn't union, and the money just wasn't there”. In April of 1980, he started working for West Coast Salvage in San Francisco owned by Golden Gate Disposal and became a Teamsters Local 350 member.

Brother Mendoza worked for West Coast Salvage until he decided to relocate in order to work closer to home. In 1986, he started as a garbageman at Concord Disposal and then transferred in 1999 to our sister union, Teamsters Local 315 in Martinez. Brother Mendoza's journey throughout the Teamsters union and the solid waste and recycling division was not over, as he would return to Teamsters Local 350 in September of 1999 and worked as a floater for Golden Gate Disposal, then moved to the roll-off department, rear-end loader, and finally settled into his current position as a Long Haul driver in 2013.

“Driving a Peterbilt and enjoying the Bay Area views is interesting and really nice," says Brother Mendoza. But before he can drive his eighteen (18) wheeler and possum belly trailer, he first recalls the importance of safety. “My daily routine consists of my pre-trip for the truck and trailer, making sure everything is in working order, that my truck is clean and polished and fueled up so I can load it up with garbage and drive from the City." A one-way journey to the Recology Hay Road Landfill in Vacaville is about eighty-two (82) miles in a big rig. “Going through weather changes in the same night from the cool city fog to the strong Vacaville heat is pretty neat."

Brother Mendoza does not shy away from his union pride as he mentions “it has been a great feeling being represented by Teamsters Local 350. I am an essential worker, and the work I do is important for society – garbage needs to be moved, and we're a huge gear in the economy. Transferring material from these locations from all outlets of the city is a must! I know that Local 350 means that we are strong, that they have my back, and it's pure pride!"

When he's not hauling material, Brother Mendoza enjoys, fixing up his motorcycle, and taking trips to relax and experience new places. He also enjoys spending time with his son, Brother Daniel Mendoza, who has followed in the very same footsteps to comprise the third generation of Teamsters within the Mendoza family. Brother Daniel 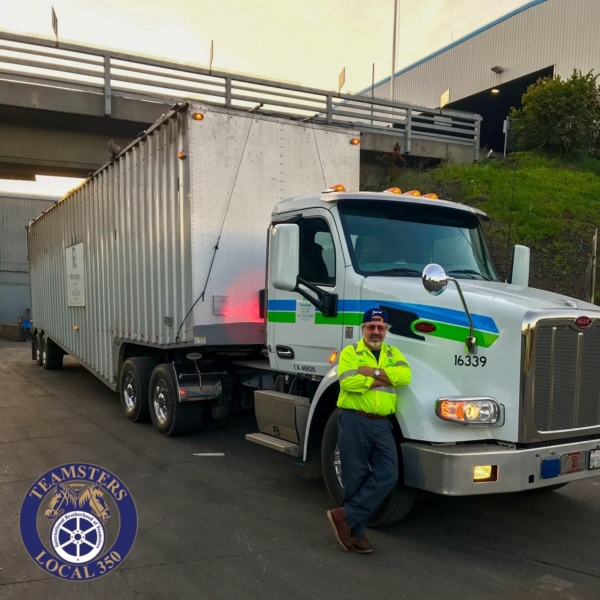