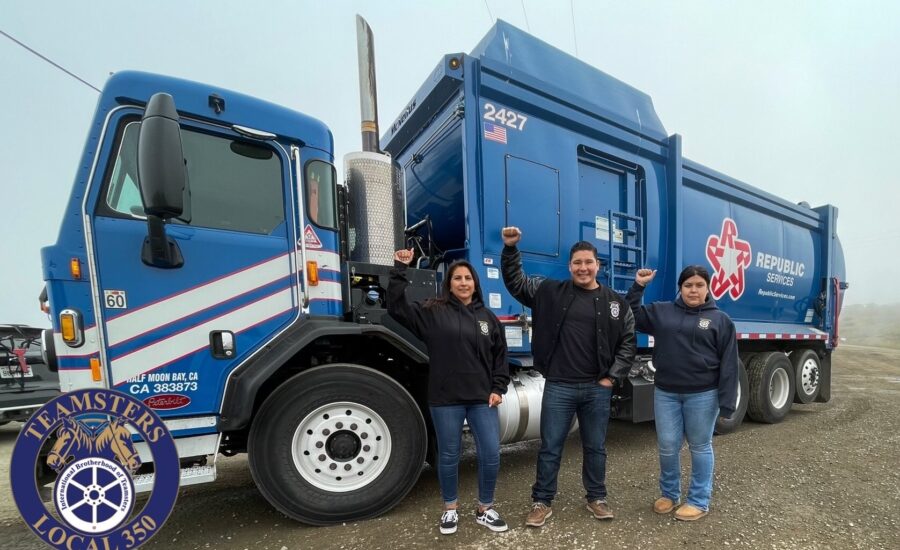 What started as a casual conversation with two Republic Services non-bargaining clerical unit employees in a strip mall parking lot about what the Teamsters could do and the benefits of a union contract ended up turning out to be nine months of hard bargaining and ultimately an agreement for both of the new Teamsters Local 350 members. On July 23, 2021, each induvial ratified their transition agreement to become part of existing legacy contracts.

“These two brave individuals saw the benefits our members had in their respective units at the Republic Services Ox Mountain Landfill, and they took that leap and entrusted the Local Union to produce and bargain an agreement that reflected their true worth, ultimately addressing their concern of Health & Welfare and substantial increases in wages and fringe benefits. This nine-month bargaining period was just a reflection of how long and hard an Employer will attempt to prevent clerical workers from attaining what they deserve; on the flip side, we were prepared to go on as long as necessary until we made sure our members got what they wanted, and I’m happy to say, we prevailed" said Business Representative Robert Sandoval

“I feel excited and happy! I’m now part of a Union that fights for mine and other people’s rights," said Sister Amaya.

Sister Silva now joins her six brothers, who are all in the Solid Waste & Recycling Industry, and members of Teamsters Local 350. “In the beginning, I was a little nervous of the unknown, scared about the process, but once it got going and I got more familiar, it turned out great. The fact that I now have better benefits, better pay, and with Corporate America being the way it is, we as workers need the backing of a strong Union." Said Sister Silva, “It feels awesome! I get to join my brothers, by blood, and by union and fellow sisters, who’ve been union for many years, and now it’s my turn!"

“I’d like to thank Brother Qaim Azeem, shop steward of the BFI Ox Mountain Landfill unit, for being the lead in organizing these two and bringing them into the fold. Having active and engaged shop stewards who display leadership and morals of the Local Union are vital, and we thank him for that,” said Principal Officer and Secretary-Treasurer John Bouchard. “Organizing these clerical units in this industry is essential –their work is a big part of the day-to-day operations, and I’m proud to have them.”