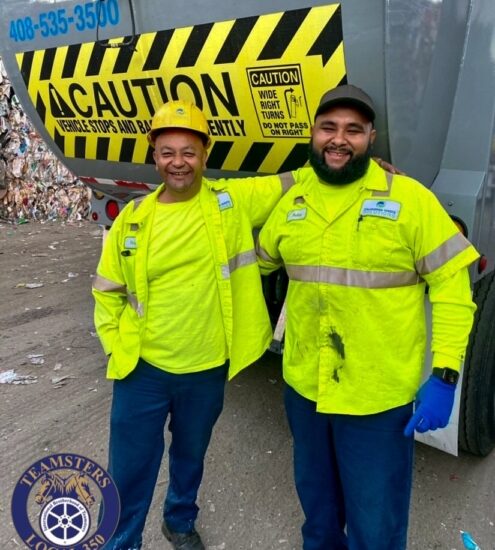 “Watching my dad work as a garbage man since I was four
years old and loving his job inspired me to follow in his footsteps,” says Brother
Pedro Ponce about his father, Brother Toribio Ponce.

The Solid Waste & Recycling industry is one of those unique industries that can
span generations within families – fathers working with sons, nephews/nieces
working with uncles, cousins working with cousins. It becomes a proud family
affair of hard-working men and women who help serve their community, build up
the companies they work for, and empower the Local Union with its strong bond
of family.

Brother Pedro Ponce, a driver out of our California Waste Solutions unit in San Jose,
recalls those early memories with his father. “I remember back when my father
was working for GreenTeam in San Jose, and they allowed the drivers to take
their kids. My dad would take me, and that’s when I knew I wanted my career to
be.”

His father, a twenty-five-year member, Brother Toribio Ponce, began his career back
in 1996 with GreenTeam of San Jose, then swapping uniforms to NorCal of San
Jose in 2002, and in 2007 landed with California Waste Solutions.

“Growing up in a Teamster household gave my family and me the benefit of never having to
worry about medical expenses, and I love the fact that now, as a Teamsters Local
350 member myself, I can give the same to my own family,” continues Brother Pedro
Ponce. “After many years of working on getting where I’m at, I am proud of
calling my dad my co-worker, and having the opportunity to work by his side.” 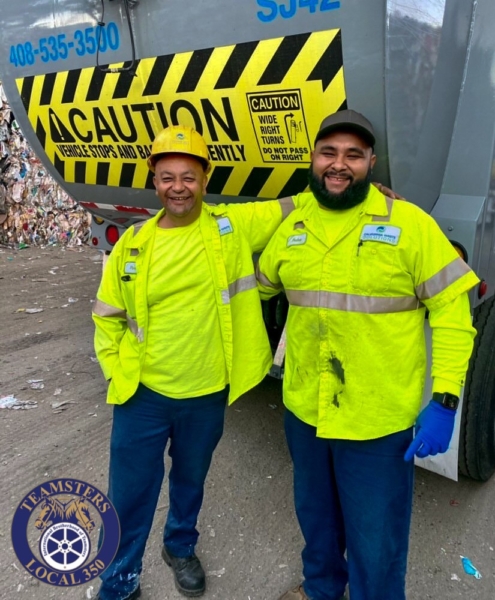