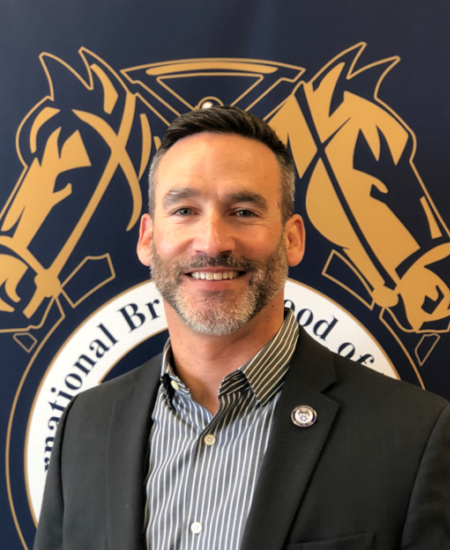 Letter from the desk of the Secretary-Treasurer

2020 was a year unlike any other year.  It was a year of uncertainty, chaos, and confusion.  Most prominent was (and still is) a global pandemic resulting in varying degrees of shutdowns and economic volatility.  This pandemic created an overwhelmed health care system resulting from millions of sick Americans and over 300,000 deaths. In the middle of the ongoing pandemic, there was a social uprising due to highly publicized murders of black men and women, and wildfires which displaced thousands of Californians and severely compromised air quality.  Finally, there was political upheaval, ultimately ending with a newly elected President.

Throughout all the chaos and confusion there was all of you, the essential members of Teamsters Local 350.  Local 350 members were the one pillar of strength and stability that every community could count on to get the essential work done.  Whether you work in the garbage/recycling industry or public services, you all showed up consistently and got the job done.  You did this under the most challenging circumstances without even the slightest hesitation.  This is a great source of pride for me as the Principal Officer of Local 350, and it should be for you too.

Meanwhile, Local 350 flexed its muscle and had numerous victories despite the many challenges we faced.  We organized new members, successfully fought to minimize layoffs while protecting income and benefits, built political power by endorsing victorious elected officials, bought a building that will eventually serve as our headquarters and Union hall, and most importantly, we continued to negotiate industry leading contracts which included some of the largest wage and pension increases ever.

Additionally, we have increased Local 350’s influence by winning elections to serve on various boards, commissions and labor councils.  I was appointed to the California Statewide Recycling Commission, elected to serve on the Teamsters Joint Council 7 Executive Board and the Executive Board of the San Francisco Labor Council, in addition to several other boards I already serve on.  President Sergio Arranaga and Business Agent Robert Sandoval were each elected to serve on the South Bay Labor Council and San Mateo Central Labor Council, respectively.  Robert and I were also asked to run as California Assembly District delegates to the California Democratic Party, which will be voted on in January 2021.

This is a lot of work and responsibility, but it is well worth it because of the clout it gives our Union.  Everything we do is to build power and influence for our membership.  We will continue to work relentlessly in pursuit of empowering and improving the lives of our hard-working members.

When Bob Morales hired me as a Business Agent in 2013, he told me to remember one thing; Local 350 is a fighting Local.  I took that to heart and have fought fiercely and passionately for our members ever since.  I have never wavered in this, but I am even more inspired now after witnessing the dedication you all displayed in 2020.  Let’s keep the momentum going into the new year.

Happy Holidays and as always, we wish you and your families continued health and happiness!

Fight together, win together!!!