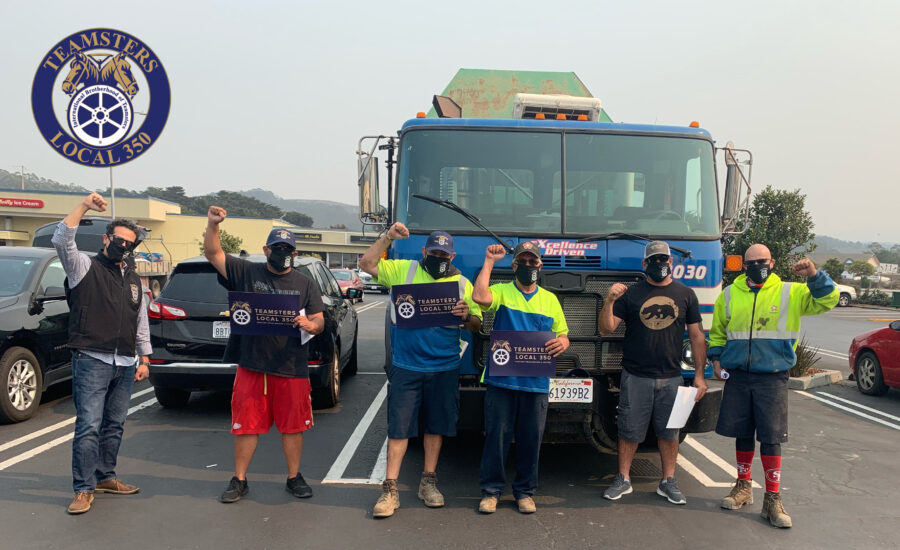 “In terms of wages and the yearly increases, this contract will allow this particular Republic Services drivers unit remain the highest paid in the nation, but the bigger picture is the overall compensation package that these members will continue to receive. This includes full maintenance of benefits, increases in pension and lifetime health, and welfare for retired employees, which is one of the most important aspects the, Retirement Security Plan.” said Business Representative Robert Sandoval.

The process was long and drawn-out due to the COVID-19 outbreak. Several meetings had to be rescheduled, and both parties had to adapt to negotiating through video conference. However, this ten-person unit was patient, and that patience allowed the Local Union to hammer out improvements on other fringe benefits and better worker protection language.

“As Teamsters, we have always joined together, and this contract demonstrates that. Through bargaining, we secured significant wages and retained benefits for our members and their families. During this recession, it is important that workers stay together and strive for improvements for the place at which a large portion of their waking hours are spent.” said lead negotiator and Recording-Secretary Juan Coca.

Also part of the negotiation committee was sixteen-year veteran driver, Ray Fuentes. This was Brother Fuentes’ second time as being part of the committee and he brought forth critical knowledge and expertise to the table.