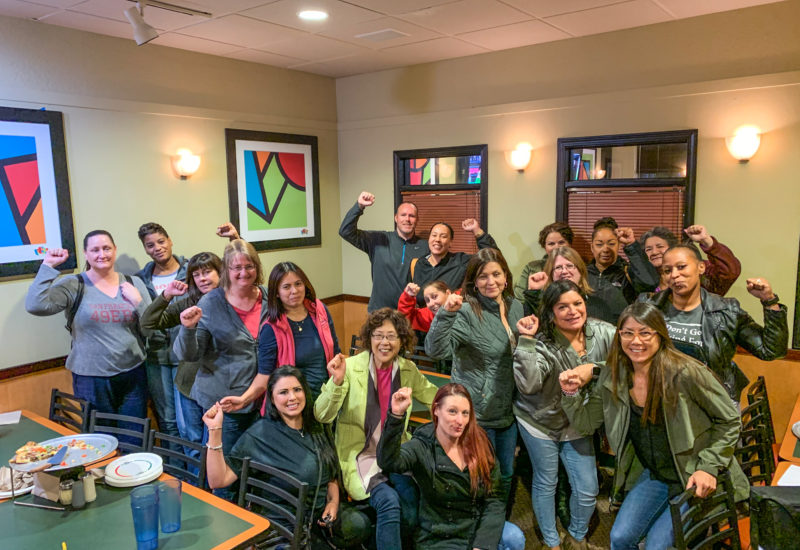 After several months of negotiations, the Recology San Mateo Clerical unit voted overwhelmingly to ratify a new seven-year collective bargaining agreement. With the ratification of this new agreement, the 23-person group will see instant improvements in all facets of their work.

Among them is a significant increase in compensation for the first year of 4.5%. This increase in wages will be retroactive for all hours worked, dating back to January 1, 2019. Another big victory for the unit was the many changes to contract language, specifically allowing members to make use of personal leave in increments that are more convenient for them.

Part of the committee was Sisters Laurie-Ann West and Monique Daniels, who were both part of the unit when it organized back in 2010. In a joint statement, they said, “We learned that the negotiation process could be tough at times, but in the end, we were able to get all of what we wanted. The committee did a great job; the biggest gain we feel is the wages, pension and keeping our same medical benefits.”

“I am pleased to say that we were able to negotiate a complete competitive compensation package throughout the life of the contract. We made it known from the beginning that this Local Union and its members represented would not accept a percentage increase lower than what the drivers unit and mechanics unit got at the same location. Furthermore, retaining full maintenance of benefits was vital in keeping money in the pockets of our members. I want to thank our committee members who gave us insight on what was needed and required, and with their help, we got it done.” said Recording Secretary and lead negotiator Juan Coca.