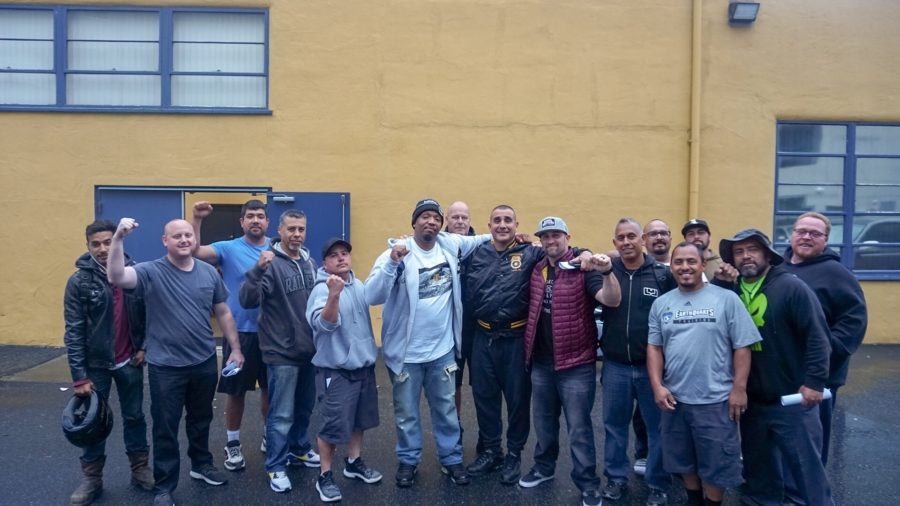 “In regards to language, this contract has some of the strongest protections for our members in the Country. One of those is having the best mandatory overtime protection anywhere.” President and Field Representative for the Solid Waste Division, Larry Daugherty. “Retaining their full Maintenance of Benefits, health and welfare, and retiree health and welfare was imperative. On top of that, we were able to negotiate significant contributions not only in wages but in pension as well. Our members work in the heart of Silicon Valley, and they have earned and deserve a slice of that wealth.”

Brother Roger Princeau, Brother Victor Rodriguez, and Brother Luis Meza were part of the integral negotiating committee who gave important insight into issues. Recording-Secretary Sergio Arrañaga praised the members by saying, “the unit was no longer going to allow the company to prey on their fear to control them. They mobilized and educated themselves with the process. Standing together in solidarity ensured that they were going to set an industry standard in the South Bay.”

“Our members at Mission Trail Waste Systems knew what they wanted in their contract. They refused to settle for anything less and held out until they got it. That is the epitome of our motto….Fight Together, Win Together,” said Secretary-Treasurer and Principal Officer John Bouchard.