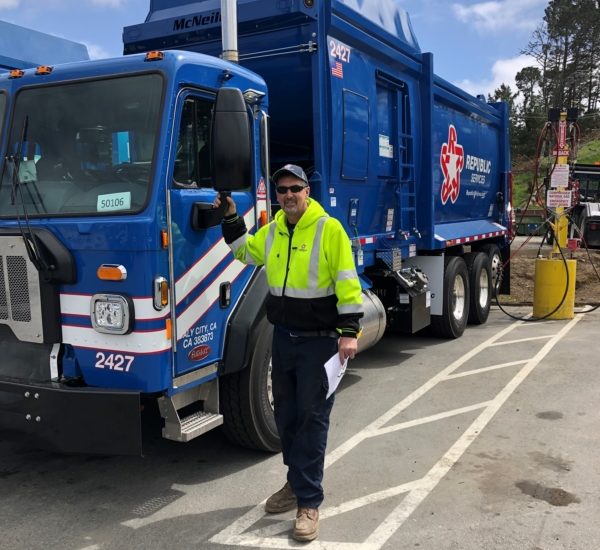 Today’s member feature is dedicated to Brother Jeff Boesswetter from Allied Waste Daly City. Brother Boesswetter has only been a member since September of 2017, but in that short time, he has been one of the local’s more active members. “Being involved in the union makes me feel good every day. I know I am working with a team that gets things done," said Brother Boesswetter. “I promote getting involved with the Local Union. They do great things for its members here at Allied Waste Daly City.’

A typical day for Brother Boesswetter can be unpredictable. One day he could be collecting garbage, the next collecting recycling, all according to the route. Brother Boesswetter, however, takes it all in stride, “Something interesting about my job is that I am able to learn new positions constantly. As a relief driver, it allows me to drive every truck the company has in its fleet, while also completing any necessary routes."

“What makes me most proud to be a member of Teamsters Local 350 is that they believe in values. Teamsters treat all of the members with respect and dignity while continuing the fight for economic equality."