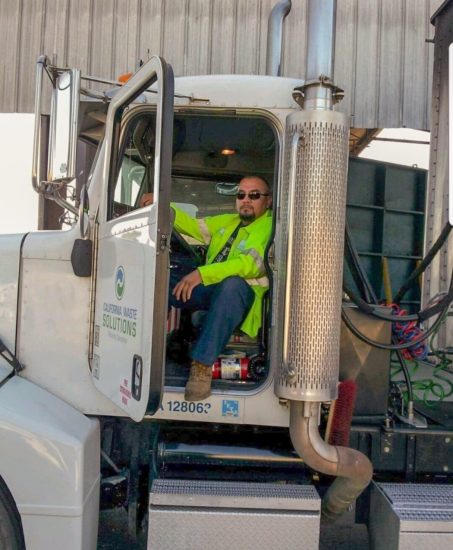 This month we’d like to highlight Brother Rosty Beltran from California Waste Solutions in San Jose. Brother Beltran has been a member with the Teamsters since 1994, and transferred into Teamsters Local 350 back in 1999. Throughout the years, the company logo on his uniform may have changed but his dedication and service never altered.⁣⁣⁣
⁣⁣ ⁣⁣⁣
“I’ve been with CWS since the beginning,” says Brother Beltran, “As a recycle driver, I feel like I’m my own boss. I get to meet new people, and I also love to serve my community of San Jose.”⁣⁣⁣ ⁣⁣⁣
⁣⁣
Aside from his commitment to his job and community, Brother Beltran enjoys to spend his free time fishing and spending quality time with his family.⁣⁣⁣ ⁣⁣⁣
⁣⁣
We’d like to thank Brother Beltran for being a valuable member of not only Teamsters Local 350 but of his community as well.