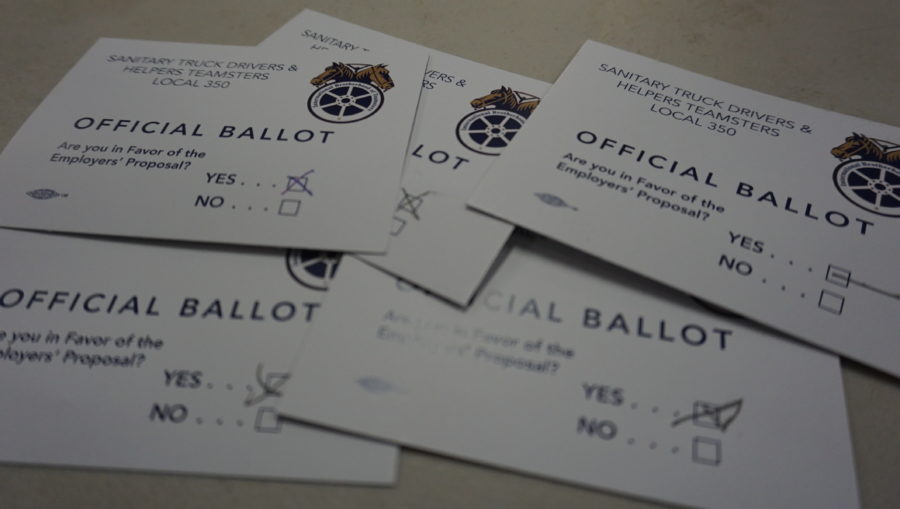 Members of Teamsters Local 350 employed in the clerical unit at Allied Waste Santa Clara unanimously ratified a new five-year agreement. The five-person bargaining unit is fairly new to Teamsters being recently organized back in 2016, but they showed strength and solidarity by holding out until they were satisfied.“It is important to secure and organize the clerical workers at these garbage companies. A CBA has always been a way to ensure that workers get their fair share in the workplace. Whether you are picking up garbage or picking up a phone, all workers deserve good wages, benefits and a safe working environment.”Local 350 Recording Secretary and Business Representative Sergio Arrañaga said.

He continues on to say that “Anytime you go into negotiations with Republic Services you need to be prepared. Patience is a key factor and you need to prepare the membership and make them aware of the companies’ tactics. Being this units second contract, we can proudly say there are major improvements throughout. A 4% per year wage increases, full Maintenance of Benefits over the next 5 years, additional sick time, holidays and vacation increases that this unit will receive immediately.”

Brother Arrañaga gives high praise to Sister Nancy Enders-Bashaw who was part of negotiating committee. “She was able to provide a detailed insight to the obstacles they face day in and day out as part of their job duties. Sister Enders-Bashaw was able to convey the emotion of her fellow Teamster Brothers and Sisters concerns to the company”

These members are part of an ever increasing and organizing clerical movement within Teamsters Local 350. “When we fight together, we win together. Republic Services is well aware of this motto. They are aware that at any given time, Teamsters will extend pickets to stand in solidarity with any unit that Republic Services tries to bully.”