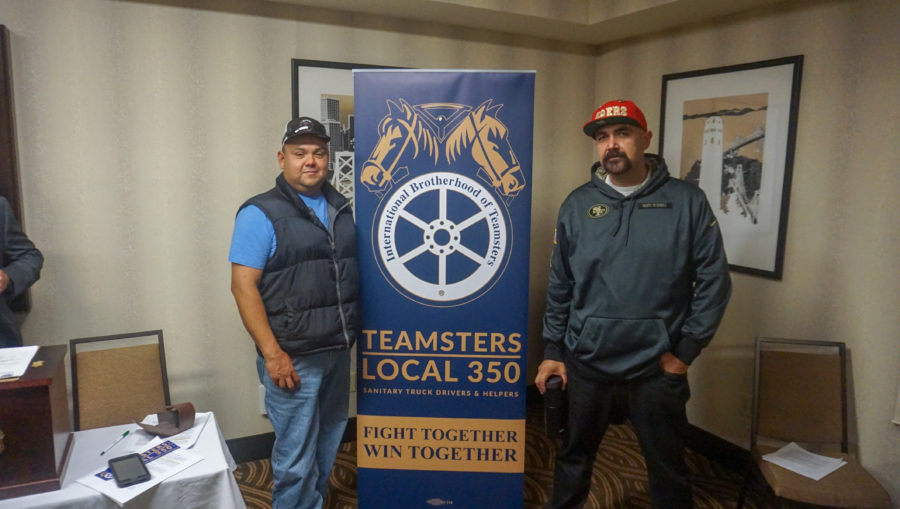 Teamsters Local 350 representatives began negotiations for a new contract in March of 2018. After months at the table, Local 350 proposed a new and substantially improved 5-year agreement to the members employed at Allied Waste Daly City that was overwhelmingly accepted and approved. The ratified agreement maintains its Teamsters Local 350 members their Maintenance of Benefits and a significant wage increase.

“The negotiation process was very lengthy and heated at times. Teamsters Local 350 ensured its Daly City Republic Services members were treated with respect and given the recognition as an agreement was reached"  Brother Ignacio “Nacho" Miranda, 18 year member and part of the negotiating committee says “Juan, Sergio and John worked very closely with us to make sure our concerns and demands were met and addressed to the company during negotiations. It was an experience and honor being a part of the contract negations and having witnessed our union representatives fight for its members. I’m very proud of being a member of a strong local. FIGHT TOGETHER, WIN TOGETHER"

“I am pleased with the significant improvements we made throughout the contract. Negotiations went much longer than we would have liked, but our members were strong, united and prepared to hold out as long as possible.  Ultimately, their unity paid off and the unanimous approval of the contract showed that" said Local 350 Secretary-Treasurer John Bouchard.

“I’ve seen Bob Morales (former Secretary-Treasurer) in two negotiations. Now I’m seeing John and the new union crew utilize all that they’ve learned from him. I’m proud that John has stayed Union strong.” said Brother Luis Estrada, who is an 18 year member and also part of the negotiating committee.⁣