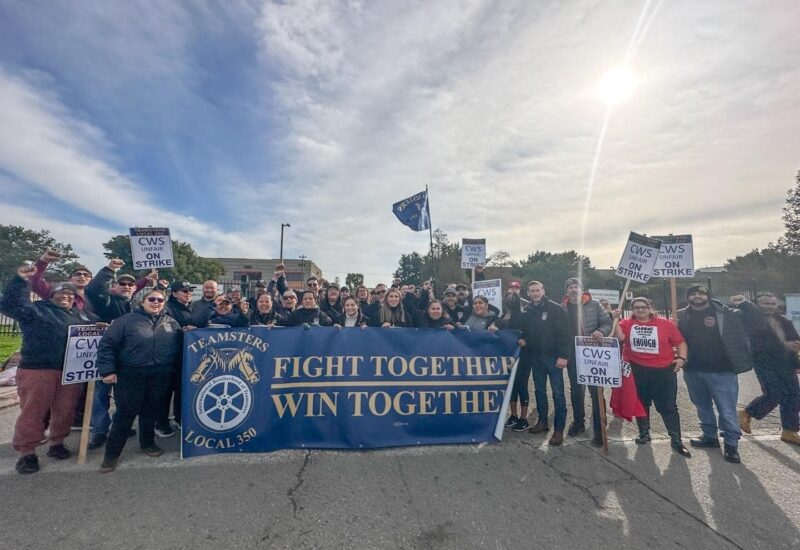 What began as an indefinite work stoppage in the early morning hours of January 6, 2023, the ten-person clerical unit prevailed & retained the worker protection language that the employer had originally sought to remove. ⁣
⁣
The eight-hour strike began after the unit unanimously rejected the employer’s proposal in front of California Waste Solutions’ main facility, which stripped away hard-fought worker protection & subcontracting provisions. ⁣
⁣
After the rejection, pickets went up immediately at the two San Jose locations. No Teamsters Local 350 members crossed the picket line. All drivers, mechanics & material recovery facility workers upheld their union principles and honored the lines, which was one of several key factors in sending a strong message to CWS.
⁣
Local 350 representatives resumed negotiations with pickets & met with the federal mediator and the CWS bargaining committee. ⁣
⁣
Out on the line, the clerical unit had no shortage of support, which uplifted the unit & showed a tremendous display of solidarity. ⁣
⁣
Teamsters Local 350 members from all over its jurisdiction came out to walk shoulder to shoulder along with its sister local, Teamsters Local 2785, out of San Francisco. In addition, several prominent elected officials and their reps came by to express their support, like San Jose Councilman Peter Ortiz, Santa Clara County Supervisor Cindy Chavez, State Rep Alex Lee, staff from Senator Josh Becker, State Rep Ash Kalra, State Rep Evan Low, State Senator Dave Cortese, & US State Rep Zoe Lofgren. ⁣
⁣
Labor organizations & community partners like Executive Director Jean Cohen of the South Bay Labor Council, the Santa Clara & San Benito Counties Building & Construction Trades Council, Working Partnerships, & UniteHere Locals were also present.⁣
⁣
The level of support with the resolve of the unit to get what they deserved was instrumental in prevailing in their fight. ⁣
⁣
The Local Union returned with a tentative agreement and recommended the counter to the unit, which they ultimately agreed to 10-0 in a unanimous yes vote. ⁣

Bargaining committee member Sister Jeanette De Lang Ortiz said, “This was the first negotiation that I was involved with, and it was interesting to see the process. Unfortunately, the company would not budge on our work and job protection rights so that was a breaking point for the clerical unit. Ultimately, the process really helped unify our group, and we voted unanimously to strike. If it wasn’t for our 350 union representatives and their dedication and hard work, we would not have been able to settle on a contract today. I would like to thank every union entity and City official, as well as all the Teamsters Brothers and Sisters that showed out today to support our clerical unit! That support is what made the difference and is truly appreciated."

“Today was one of my proudest moments as a Teamster Leader. To watch these members display unflinching unity and loyalty to each other was truly inspiring. In the end, they retained major job protections and made significant economic improvements." said Secretary-Treasurer John Bouchard. “Thank you to all the Labor Leaders, Elected Officials, Unions, Local 350 Members and other Teamsters that showed up to support our members on the picket line. This victory was a true team effort that epitomized our motto…fight together, win together!” 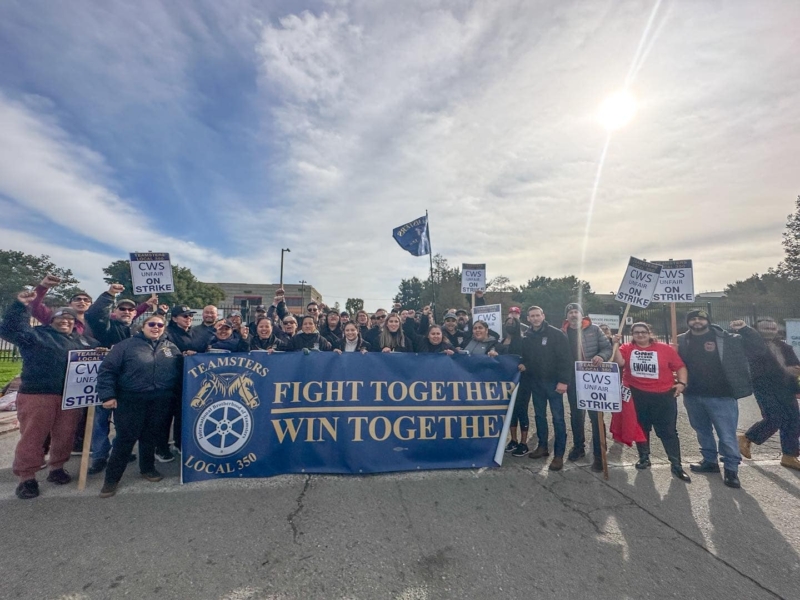 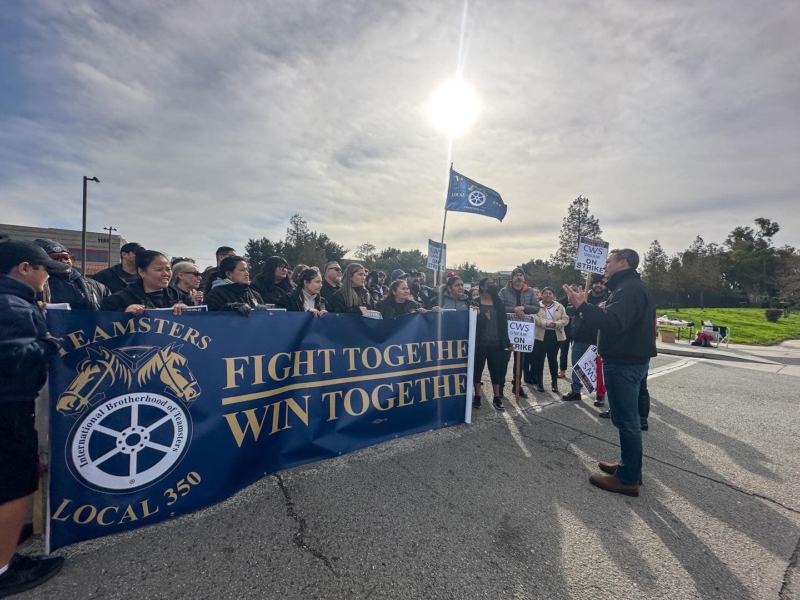 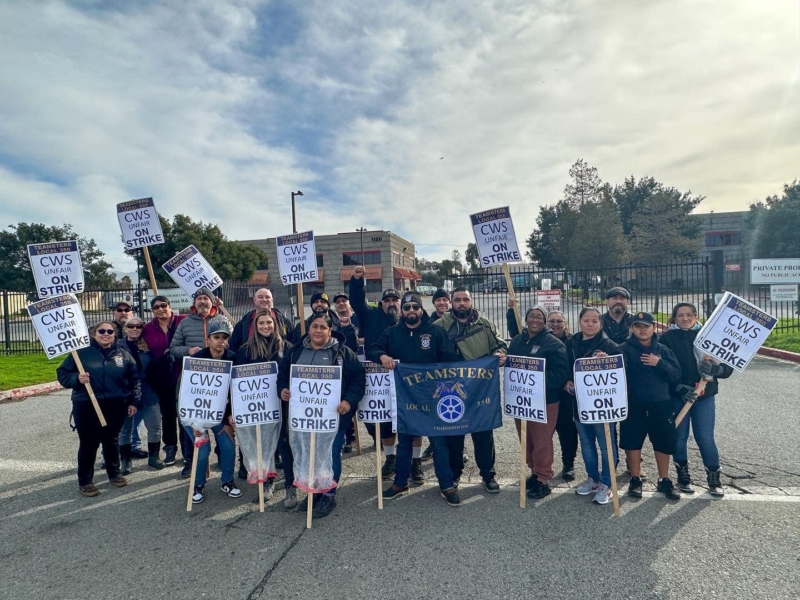 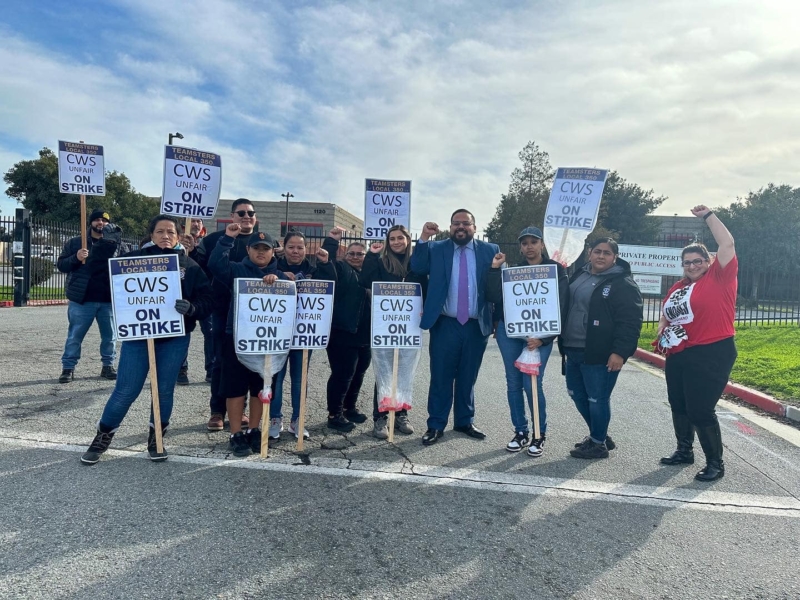 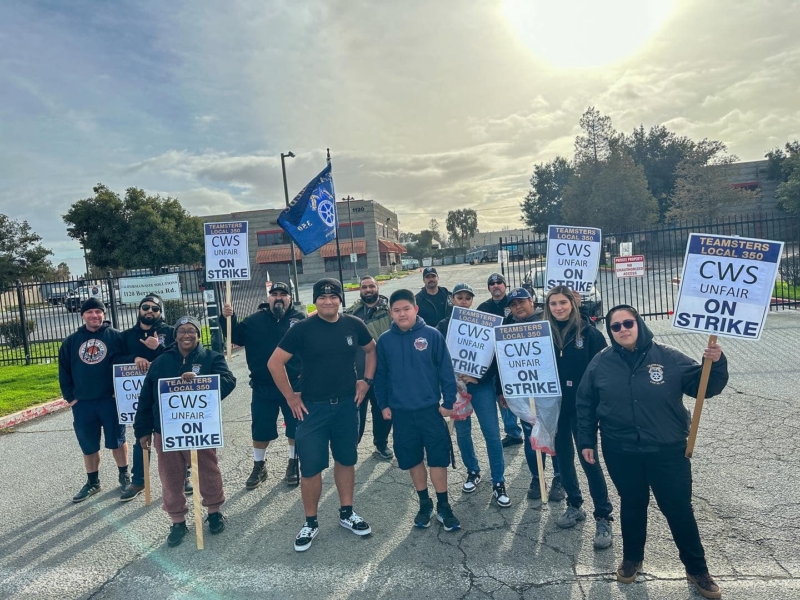