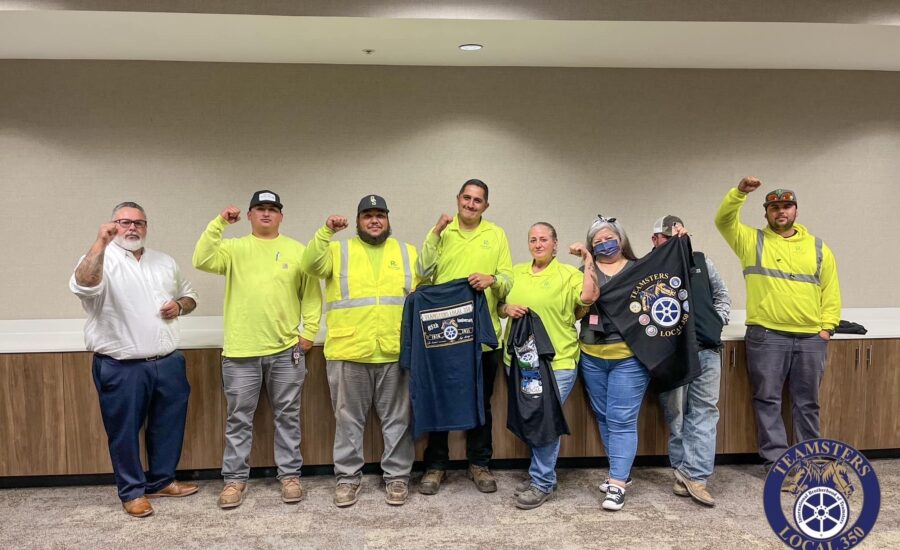 Almost a year from their official vote to join Teamsters Local 350, the newly organized Recology South Valley Organics unit ratified its first-ever collective bargaining agreement on October 18, 2022.⁣⁣“This was a classic organizing campaign that started from an initial phone call which led to a final tentative agreement that was ratified by the membership.” said lead negotiator and President Sergio Arranaga, “like many units, there was some nervousness at first, but they had faith in the process and trusted the track record this local union in negotiating strong contracts.”⁣⁣Under the new collective bargaining agreement, the eight-person unit saw immediate and drastic improvements in all aspects. The members have full maintenance of benefits with no employee cost share, substantial increases in all years, and inclusion into the Western Conference of Teamsters.⁣⁣“My fellow coworkers and I wanted to join Teamsters Local 350 because we wanted to have worker protection, wanted to plan for our futures, and have union benefits for our families. Aside from that, having a voice, a real voice on the job with the backing of a union that’ll be heard when there are issues within the workplace and building a better work environment,” said Aaron Tobia, a six-year employee and bargaining unit committee member.⁣⁣This unit consists of laborers, utility operators, equipment operators, and weighmasters that receive approximately 40,000 tons of yard trimming from residents in the South Bay Area.⁣⁣“Joining Teamsters Local 350 brings us excitement for a new beginning and eagerness to have a voice, and we feel privileged for this opportunity.”⁣⁣Teamsters Local 350 was chartered on October 8, 1936, and proudly represents members in the solid waste and recycling industry, linen industry, and the public sector in San Francisco, San Mateo, Santa Clara, and San Benito Counties.⁣⁣𝗙𝗜𝗚𝗛𝗧 𝗧𝗢𝗚𝗘𝗧𝗛𝗘𝗥, 𝗪𝗜𝗡 𝗧𝗢𝗚𝗘𝗧𝗛𝗘𝗥 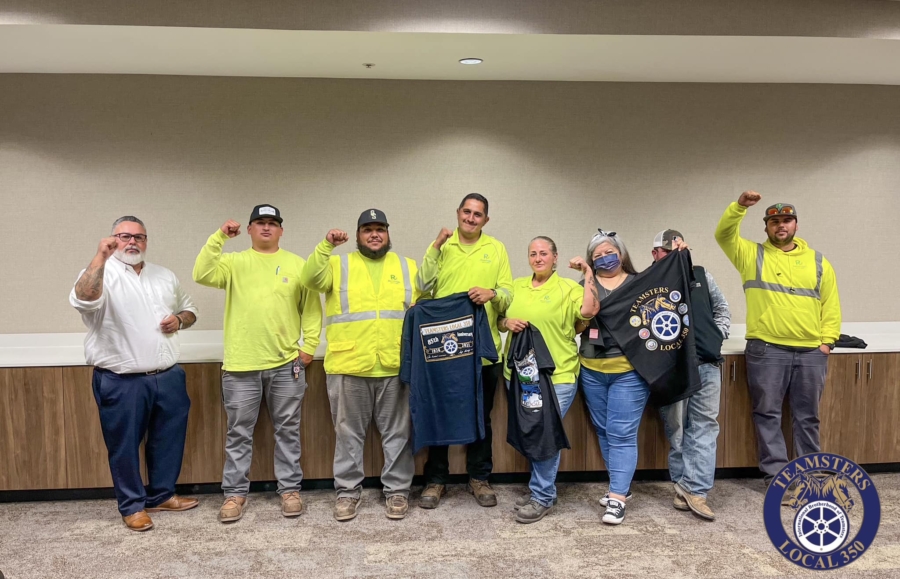